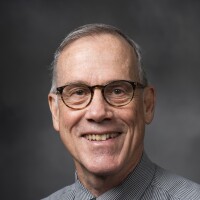 Bio: Vance Theodore was reared in Fontana, California. He received his PhD from Kansas State, 2011 in human ecology with an emphasis in family studies. In 2012, he received a certificate of advanced professional studies from the Pacific School of Religion, Berkeley, CA. He also has a BA in political science from BYU and a MA from Kansas State in family studies with an emphasis in marriage and family therapy. He served as a chaplain in the United States Army and retired in 2008 with the rank of colonel. While on active duty, Vance served in various assignment—with the 1st, 3rd, 7th Infantry Divisions and the Eighteenth Airborne Corps, to name a few. As a chaplain, he served in positions of responsibility from the battalion, brigade, division, corps, and command levels of the army chaplaincy. He is married to the former Christine Clark of Kensington, California. They have four sons and one daughter. They also have thirteen grandchildren.