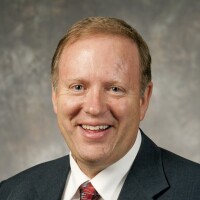 Bio: Bob Freeman is a member of the Department of Church History and Doctrine at BYU, where he completed a term as associate dean. For more than twenty years, he has devoted his research to understanding the experiences of Latter-day Saints in wartime. In the year 2000, he and retired colleague, Dr. Dennis A. Wright, founded the research project Saints at War. Since that time, Bob has published numerous books and articles, often in collaboration with other associates, which have drawn on this research. He has also produced several documentaries as well as assisting to establish an archive in the Harold B. Lee Library at BYU with more than 3,000 accounts of veterans. The Saints at War project has also partnered in preserving veteran accounts with the national Veterans History Project, which is associated with the Library of Congress in Washington, DC. Bob and his wife, JaNeal, are the parents of seven children and three grandchildren. The Freemans live in Springville, Utah.

Areas of Expertise: Legal and military history of the Church