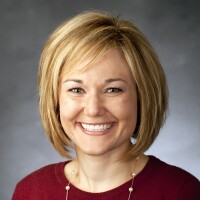 Rachel Cope is an associate professor of Church history and doctrine at Brigham Young University. She received a PhD in American History (with an emphasis in women’s history and religious history) from Syracuse University in 2009. Rachel has published several articles on American women’s spirituality and conversion in the late eighteenth and early nineteenth centuries, which have appeared in various edited volumes and journals, including Journal of Spirituality, Lifewriting Annual: Biographical and Autobiographical Studies, Religion in the Age of Enlightenment, New York History, and Magistra: A Journal of Women’s Spirituality in History. She also co-edited Family Life in England and America, 1690–1820 (Routledge, 2015), a four-volume collection of manuscript records documenting the lives of early American and British families. Rachel has been the recipient of numerous research grants and fellowships, most recently a Princeton University Library Research Grant and a short-term research fellowship from the Oxford Centre of Methodism and Church History, both of which are enabling her work on spiritual friendships, the subject of her upcoming monograph. She is an assistant editor of Wesley and Methodist Studies, the lead series editor of the Mormon Studies Series through Fairleigh Dickinson University Press, and one of the founding editors of the Transcribing Early American Manuscript Sermons project.