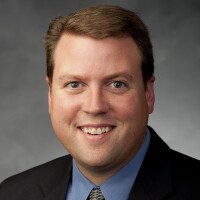 Dr. Grey was born and raised in the Chicago area and served a full-time mission for The Church of Jesus Christ of Latter-day Saints in the California Santa Rosa Mission (1995-1997). He received a B.A. in Near Eastern Studies from Brigham Young University (2000-2003), an M.A. in Archaeology and the History of Antiquity from Andrews University (2003-2005), an M.St. in Jewish Studies from the University of Oxford (2005-2006), and a Ph.D. in Archaeology and the History of Ancient Judaism from the University of North Carolina at Chapel Hill (2006-2011). He has taught courses on the New Testament, Early Judaism, Sacred Architecture and Ritual in Judaism and Christianity, and the Archaeology of New Testament Palestine at the University of North Carolina at Chapel Hill, and courses relating to Ancient Scripture at LDS Institutes of Religion at Notre Dame, the University of Oxford, and UNC-Chapel Hill/Duke University. Dr. Grey has worked with archaeological excavations in Jordan and Israel, including with the Madaba Plains Project (Tell Jalul) and excavations south of the Temple Mount in Jerusalem (the Givati Car Park). He is currently an Area Supervisor on the Huqoq Excavation Project in Galilee. Dr. Grey and his wife Mary have three children - Priscilla, Hannah, and John.