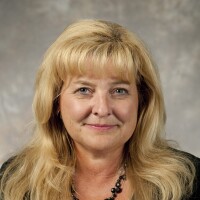 Bio: Dr. Mary Jane Woodger is a Professor of Church History and Doctrine at Brigham Young University. Born and raised in American Fork and Salt Lake City, Utah, Dr. Woodger has always had a great love for teaching. After obtaining a B.S. in Home Economics Education, Dr. Woodger taught Home Economics and American History in Salt Lake City where she received the Vocational Teacher of the Year Award from Jordan School District. In 1992, she completed her M.Ed. at Utah State University. In 1997, she received from Brigham Young University an Ed.D. in Educational Leadership, with a minor in Church History and Doctrine.

In 1998 Dr. Woodger was honored by Kappa Omicron Nu, with an Award of Excellence for her dissertation research, entitled "The Educational Ideals of David O. McKay." Since then she has had three books published about the life and teachings of David O. McKay. She has also authored numerous articles on doctrinal, historical, and educational subjects. These articles have appeared in various academic journals, as well as venues for the LDS audience including the Journal of Book of Mormon Studies, Deseret News Church News, and The Religious Educator. She was recently honored with the best article of the year award from the Utah Historical Society. Her current research interests include twentieth century Church history, Latter-day Saint women's history, and Church education.