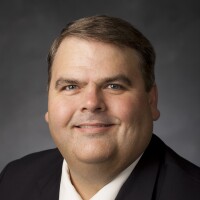 Bio: Mark Alan Wright received his PhD in Anthropology (with a subfield of specialization in Mesoamerican Archaeology) from the University of California, Riverside in 2011, and his BA and MA in Anthropology from UCLA (2003) and UC Riverside (2004). He has conducted fieldwork in Mexico, Guatemala, Honduras and Belize. He began teaching part-time in the Ancient Scripture department at BYU in 2007 and has been full-time since 2011. Prior to BYU, he taught Anthropology at Mt. San Jacinto College (2006) as well as early-morning seminary and Institute classes in Southern California from 1999-2007. He was born and raised in Long Beach, California. He and his beautiful wife Traci (Adjunct Professor of History at Utah Valley University) live in Vineyard, Utah.

Research Interests: Ancient Mesoamerican ritual and religion, historicity of the Book of Mormon