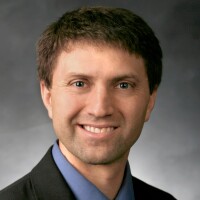 Kerry received his B.S. from BYU in Psychology with a Hebrew minor. As an undergraduate he spent time at the BYU Jerusalem Center for Near Eastern Studies in the intensive Hebrew program. He received an M.A. in Ancient Near Eastern Studies from BYU and his Ph.D. from UCLA in Egyptology, where in his final year he was named the UCLA Affiliates Graduate Student of the Year. He taught courses in Hebrew and Religion part time at BYU and the UVSC extension center, as well as in history at Cal Poly Pomona and UCLA. He also taught early morning seminary and at the Westwood (UCLA) Institute of Religion. His first full time appointment was a joint position in Religion and History at BYU-Hawaii. He is the director of the BYU Egypt Excavation Project. He was selected by the Princeton Review in 2012 as one of the best 300 professors in the nation (the top .02% of those considered). He was also a Visiting Fellow at the University of Oxford for the 2016-17 academic year. He has published 7 books, over 55 peer reviewed articles, and has done over 75 academic presentations. He and his wife, Julianne, are the parents of six children, and together they have lived in Jerusalem while Kerry has taught there on multiple occasions. He has served as the chairman of a national committee for the American Research Center in Egypt and serves on their Research Supporting Member Council. He has also served on a committee for the Society for the Study of Egyptian Antiquities, and currently serves on their Board of Trustees and as a Vice President of the organization, and has served as president. He has been the co-chair for the Egyptian Archaeology Session of the American Schools of Oriental Research. He is also a Senior Fellow of the William F. Albright Institute for Archaeological Research. He is involved with the International Association of Egyptologists, and has worked with Educational Testing Services on their AP World History exam.

Areas of Research: Dr. Muhlestein is the director of the BYU Egypt Excavation Project, and in association with this works on understanding the pyramid excavated there as well as the Graeco-Roman culture represented at the site, and the advent of Christianity in Egypt. In addition, Dr. Muhlestein’s research focuses on the texts and iconography of Egyptian religion, international contact between ancient Egypt and her neighbors, the Egyptian juridical process, Egyptian literature, and the overlap of the Biblical and Egyptian worlds, including the ancient and modern history of the Pearl of Great Price, among other things.

Languages: Exams passed in various phases of Egyptian, as well as Hebrew, Aramaic, Ugaritic, Phoenician, Moabite, Coptic, German, and French. Additionally, courses have been taken in Greek and Akkadian.