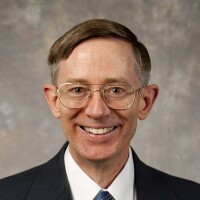 Dr. Kenneth L. Alford is a professor of Church history and doctrine. After serving almost thirty years on active duty in the United States Army, he retired as a colonel in 2008. While on active military duty, Ken served in numerous assignments, including the Pentagon, eight years teaching computer science and information systems engineering at the United States Military Academy at West Point, and four years as a professor of behavioral science and department chair at the National Defense University in Washington, DC. After serving in the England Bristol Mission, he earned a bachelor of arts degree in political science from Brigham Young University, a master of arts in international relations from the University of Southern California, a master of computer science from the University of Illinois at Urbana-Champaign, and a PhD in computer science from George Mason University. He has published and presented on a wide variety of subjects during his career. His current research focuses on Latter-day Saint military service. Ken and his wife, Sherilee, have four children and seventeen grandchildren.

Areas of Expertise: The American Civil War, the Utah War, LDS participation in military conflicts, the Doctrine and Covenants, pedagogy, and strategic leadership