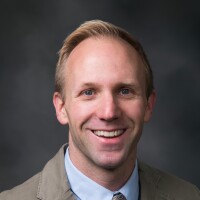 Jordan Watkins is from Alpine, Utah. He received a PhD in American history from the University of Nevada, Las Vegas. He also has a BA in history from BYU and an MA in history from Claremont Graduate University. His current book manuscript examines the ways in which antebellum biblical and constitutional debates over slavery brought awareness to the historical distance separating Americans from their hallowed biblical and Revolutionary past. His interest in American history stems from a lifelong fascination with Latter-day Saint history, and his work in that field has appeared in the Journal of Mormon History and in the edited volume Parley P. Pratt and the Making of Mormonism (Arthur H. Clark, 2011). He has presented at conferences of the Society for Historians of the Early American Republic, the Society for U.S. Intellectual History, the African American Intellectual History Society, and the Western History Association. He was a volume editor of the Documents series of The Joseph Smith Papers before joining the faculty in Religious Education.