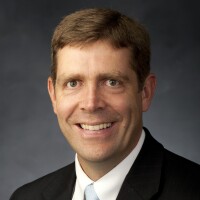 J.B. Haws is an associate professor of Church History and Doctrine at BYU. He is the author of The Mormon Image in the American Mind: Fifty Years of Public Perception (Oxford, 2013). His PhD from the University of Utah is in American History. He is also interested in interfaith dialogue; he served as the coordinator of BYU's Office of Religious Outreach from 2016-2018. Before coming to BYU, J.B. taught seminary in northern Utah, in Salt Lake and Weber Counties. His research interests center on the place of Mormonism in twentieth- and twenty-first century America. As for his interest in history generally, he asks how could you not be interested in history when you come from a place that in pioneer-times Utah was known as “Muskrat Springs” (now Hooper)?

He is married to the beautiful Laura Favero, which he submits as yet another evidence that miracles have not ceased! They are the parents of three boys and a daughter, and they love living in Provo and cheering (sometimes too fanatically) for the Cougars.

He served a Spanish-speaking mission in Raleigh, North Carolina, so he speaks Spanish with a slight Southern accent (and English with a heavy Hooper, Utah accent).