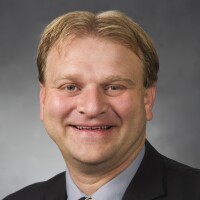 Gerrit J. Dirkmaat is an assistant professor of Church History and Doctrine at Brigham Young University. He received his PhD from the University of Colorado in 2010 where he studied nineteenth-century American expansionism and foreign relations. His dissertation was titled “Enemies Foreign and Domestic: US Relations with Mormons in the US Empire in North America, 1844–1854.” He worked as a historian and writer for the Church History Department from 2010 to 2014 with the Joseph Smith Papers Project and served as a volume co-editor/historian for DocumentsVolume 1, the lead volume editor on Documents Volume 3, and has continued to work as a volunteer editor for the Joseph Smith Papers project on Administrative Records, Council of Fifty, Minutes, March 1844–January 1846 and Documents Volume 8. He is the co-author, along with Michael Hubbard MacKay, of the award-winning book From Darkness Unto Light: Joseph Smith’s Translation and Publication of the Book of Mormon, published by Religious Studies Center at Brigham Young University and Deseret Book in 2015. He is also the author of dozens of academic articles as well. In 2015, he published a groundbreaking analysis of the differences between the originally recorded versions Utah-era sermons of Brigham Young and other Church leaders and those later published in the Journal of Discourses. This article, “The Prophets Have Spoken, But What Did They Say?: Examining the Differences Between George D. Watt’s Original Shorthand Notes and the Sermons Published in the Journal of Discourses,” won the 2016 Article of Excellence Award from the Mormon History Association. Prior to his work at the Church History Department, he served as the senior assistant editor of Diplomatic History from 2003 to 2009. He currently serves as Editor of the academic journal, Mormon Historical Studies, published by the Mormon Historic Sites Foundation, and on the Church History editorial board for BYU Studies. He and his wife Angela have four children.