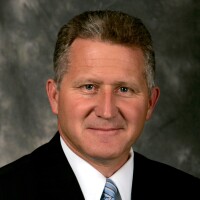 Bio: Fred E. Woods completed a BS degree in psychology (1981) and a MS degree in international relations (1985) from Brigham Young University. In 1991, he earned a PhD in Middle East studies from the University of Utah with an emphasis in Hebrew Bible. He has been a professor of Religious Education at Brigham Young University since 1998 and feels blessed to teach the great students at BYU. From 2005 to 2010, he held a Richard L. Evans Professorship of Religious Understanding and was appointed in 2019 to a BYU endowed Moral Education Professorship. Dr. Woods has lectured at scores of universities in the United States and internationally. He is the author of numerous academic articles treating a variety of topics and has written many books. His most recent publication is The Saints of Tonga: A Century of Island Faith, a coauthored book which has a companion documentary film by the same name. The past decade he has also produced several documentaries with filmmaker Martin Andersen. Their films include Mormon Yankees: Giants on and off the Court (2011), Finding Refuge in El Paso (2012) and Divine Providence: The Wreck and Rescue of the Julia Ann (2014), Laie: Refuge from the Storm (2015), and Melting the Ice: A History of the Latter-day Saints in Alaska (2018). His most recent film is The Saints of Tonga: A Century of Island Faith, a companion to the book.

Professor Woods is best known for his works on the globalization of the Church of Jesus Christ of Latter-day Saints, which includes his specialized research  on the maritime segment of the story of the Latter-day Saint gathering to an American Zion—the sailing before the trail portion of Mormon immigration to the United States. Dr. Woods has authored scores of articles on this topic and has many publications dealing with international studies on the this website: https://saintsbysea.lib.byu.edu/about/ (of which he is the chief editor and compiler) which is a major source of information on this topic). In spring 2017 and spring 2018, he was a research fellow at the Harris Manchester College at Oxford University for the Trinity Trimesters, where he was immersed in a study of the Latter-day Saint image in the British mind, a forthcoming book and documentary. His current main focus of research in on the history and impact of Latter-day Saints on Las Vegas. He is also writing about the Saints of Sitka, Alaska, and how Icelanders view the Church of Jesus Christ of Latter-day Saints. He is married to JoAnna Merrill (pictured at right), and they have five children and nine grandchildren.

Fred E. Woods, “The Balance Between Church and State: A Study in Mutual Respect between the Latter-day Saints and the Royal Family,” Journal of Mormon History, Winter 2020.

Fred E. Woods, "The Bare Necessities: Latter-day Saints of Kodiak Island," forthcoming in LDS Living. (A more lengthy academic article will also be published in another journal on this topic).

Fred E. Woods, Melting the Ice: A History of Latter-day Saints in Alaska (2018).

The Look of Mormon: The Latter-day Saint Image in the British Mind (2020)