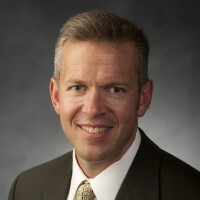 Received B.A. in Classical Greek and Latin from Brigham Young University, August 1990; M.A. Ancient History, University of Pennsylvania, May 1992; and Ph.D. Ancient History, University of Pennsylvania, Dec 1997. Joined the faculty at BYU full-time in 1994 as an Instructor of Classics, becoming an Assistant Professor of Classics and Ancient History in 1997. Transferred to the College of Religious Education, becoming an Assistant Professor of Ancient Scripture in 2003 and an Associate Professor in 2008. He was appointed as the coordinator of the Ancient Near Eastern Studies program in August 2012 after spending a year teaching at the BYU Jerusalem Center and was then promoted to full professor in 2015.

In Classics he specialized in Roman imperial history and did work on imperial women, particularly Livia Drusilla , the emperor Augustus' wife. His publications in religious studies and related fields include two BYU Studies articles on Josephus; "Christ Before the Romans" in From the Last Supper Through the Resurrection: The Savior’s Final Hours (Deseret Book, 2003); "Galilee and the Call of the Twelve Apostles" in From Bethlehem to the Sermon on the Mount (Deseret Book, 2005); "Teaching through Exegesis: Helping Students Ask Questions of the Text" (Religious Educator, 6.1, 2005); and “The Bread of Life Sermon,” in From the Transfiguration through the Triumphal Entry (Deseret Book, 2006), and additional articles on John and the New Testament. Together with colleagues Richard Holzafpel and Thomas Wayment, he has co-authored Jesus Christ and the World of the New Testament: An Illustrated Reference for Latter-day Saints (Deseret Book, 2006).

More recent work includes “The Lamb of God: Unique Aspects of the Passion Narrative in John,” in Behold the Lamb of God (Religious Studies Center, 2008); “ Livia Before Octavian ,” Ancient Society 39 (2009); “ And the Word Was Made Flesh: An LDS Exegesis of the Blood and Water Imagery in John ,” Studies in the Bible and Antiquity 1 (2009); “Your Faith Should Not Stand in the Wisdom of Men. Greek Philosophy, Corinthian Behavior, and the Teachings of Paul,” in The New Testament Brought to Light: Latter-day Saint Insights into Acts through Revelation (Religious Studies Center, 2009); “The Six Antitheses: Attaining the Purpose of the Law,” in The Sermon on the Mount in Latter-day Scripture (Deseret Book, 2010); and three chapters in The Life and Teachings of the New Testament Apostles: From the Day of Pentecost to the Apocalypse (Deseret Book, 2010).

In early 2011 he published a book-length study of the Passion Narratives with Deseret Book entitled God So Loved the World: The Final Days of the Savior’s Life , which was followed by a Christmas companion volume on the Infancy Narratives entitled Good Tidings of Great Joy: An Advent Celebration of the Savior’s Birth released later that year. A third volume on the miracles stories in the gospels entitled The Miracles of Jesus with Deseret Book was released in August 2014. His new book, Worship: Adding Depth to Your Devotion , was released in August 2016. His newest book Becoming the Beloved Disciple: Coming unto Christ through the Gospel of John , a study of the characters in the Fourth Gospel as types of different types of contemporary walks of faith, was released December 10, 2018.

He is currently co-editing and contributing to Perspectives on Mormon Theology: Atonement for Greg Kofford Books as well as working on the BYU New Testament Commentary volume on the Gospel according to John.

On August 7, 2018, he delivered a landmark BYU devotional address entitled, “ Hard Sayings and Safe Spaces: Making Room for Struggle as Well as Faith .” He has also been a frequent speaker with BYU Education Week, Women’s Conference, and Deseret Book’s Time Out for Women.