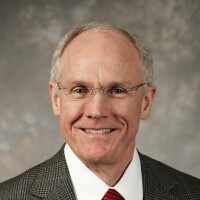 Professor Whitchurch recently returned from Jerusalem where he served for three years as the Associate Director of the BYU Jerusalem Center of Near Eastern Studies (2013-2016). In addition to his administrative role Whitchurch has taught at the Jerusalem Center multiple times (1995-1996, 2000, and 2007). His current research efforts include a book length project on Orson Hyde (Apostle from 1835-1878) and his 32 month travels to and from Jerusalem. See Whitchurch, Speeches, “Orson Hyde, the Holy Land, and Brigham Young University,” 4 October 2016; https://speeches.byu.edu/speakers/david-m-whitchurch/ . Other research interests include Old and New Testament Studies, the coming forth of the English Bible, examination of grave goods from a Graeco-Roman Cemetery (Fayum, Egypt), historic Salt Lake City (1847 to present), and a book-length transcription project of nearly three hundred letters between Joseph F. Smith and his sister Martha Ann Smith Harris (1854-1916).

Whitchurch reports that the most exciting aspect of his job at BYU is the opportunity to be a part and witness fulfillment of the scriptural mandate, “And as all have not faith, seek ye diligently and teach one another words of wisdom; yea, seek ye out of the best books words of wisdom; seek learning, even by study and also by faith” (Doctrine and Covenants 88:118).

He is the proud husband of Tina R. Whitchurch, father of three daughters, three sons-in-law, and twelve grandchildren.