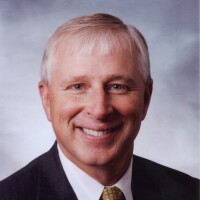 Brother Manscill's formative years were in the small farming community of Farr West on the outskirts of Ogden, Utah. He served in the Ohio West Virginia mission and is married to Jana Hancey. They are the parents of eight children. He has been a religious educator for over 25 years with either the Church Educational System or most recently the Brigham Young University Religion Department. He received his undergraduate degree at Weber State College, and his Masters and Ph.D. from Brigham Young University. Brother Manscill enjoys gardening, the great outdoors, travel, and is an ultra distance runner. His hobbies include beekeeping, reading, and photography.

Courses Taught: Doctrine and Covenants, Teachings of the Living Prophets, Doctrines of the Gospel

Areas of Research: The coming forth of the Doctrine and Covenants; Zion's Camp; The Life of Joseph Smith; and LDS History in the State of Illinois.