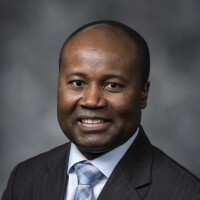 A native of Haiti, Carter Charles joined BYU's Department of Church History & Doctrine in the Fall 2018. Prior to coming to BYU, he was a tenured faculty at University Bordeaux Montaigne (France), where he obtained all of his degrees, to wit: a B.A in Linguistics, Literature and History of Anglophone Countries (2004); an M.A. in American Studies (thesis title: “Priesthood and Leadership in The Church of Jesus Christ of Latter-day Saints,” 2005); another M.A. in the same discipline (2007) with a thesis titled “‘The Kingdom of God on Earth’: Latter-day Saints, Politics and the Republican Party”); and a PhD (2013) with a dissertation titled "The Political Integration of Mormons in the United States, from Reed Smoot to Mitt Romney."

Carter Charles taught English as a second language and for specific purposes at different levels in the French secondary and higher education system from 2006 to 2014 before transferring full-time to higher education. He has taught courses in American Studies, Translation (French-English), Intercultural Studies, and in Religious and Gender Studies programs. He is the author of several articles, book chapters and reviews, and of a book ambitiously titled Tout savoir sur la religion mormone (All you need to know about Mormonisom, 2018).

Aside from writing (typing, rather), he likes to use his hands to garden or do home improvement projects, if not ex nihilo constructions, or whatever makes him feel that he is living by the sweat of his brow.