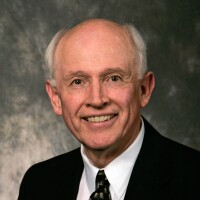 Byron R. Merrill was born in Palo Alto, California. He served a mission in the Franco-Belgian Mission, which is now part of the France, Paris Mission. Brother Merrill received his J.D. from the University of California. He worked as an estate tax attorney from 1975 until 1989 and then joined the Brigham Young University faculty in August 1989, where he is now a professor of ancient scripture. He is the author of Elijah: Yesterday, Today and Tomorrow, as well as numerous articles which appear in Church publications. Brother Merrill is married to Patricia L. England, and they are the parents of six children.