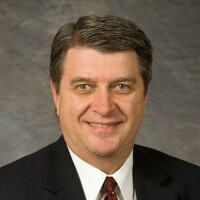 Bio: Brent L. Top is a professor of Church history and doctrine and former dean of Religious Education. He was born and raised in Idaho Falls, Idaho, and served a full-time mission to the Denmark Copenhagen Mission. He received all of his degrees from Brigham Young University—a BA in history, a master's degree in instructional media, and a PhD in instructional science and technology. Before joining the BYU Religious Education faculty in 1987, he worked for the Church Educational System as a released-time seminary teacher, an institute teacher, and an administrator. Dr. Top served as associate dean of Religious Education from 1997 to 2002. He held the endowed Professorship in Moral Education for two years before his call as president of the Illinois Peoria Mission (2004–7). He was appointed department chair in June 2009. He is married to the former Wendy Cope from Idaho Falls. They are the parents of four children and reside in Pleasant Grove, Utah, where Brother Top served as the president of the Pleasant Grove East Stake.

Courses Taught: Doctrines of the Gospel, Teachings of the Living Prophets, Marriage and Family, Doctrine and Covenants, New Testament